We are proud to collaborate with the best Table Top Directors of the world.

Their showreels talks by himself. Each one add their creativity to achieve amazing results with every product they shoot.

We invite you to see their showreel full of talent and enjoy the wonderful pieces of art that their product shots are. From food… sweets and chocolates, pizzas or burgers, to beverages… champagne, sodas or beer … or even beauty products. 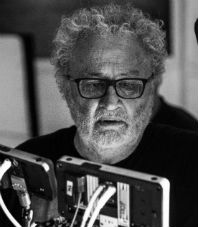 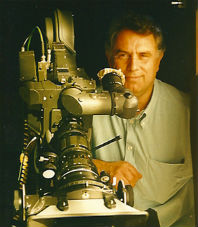 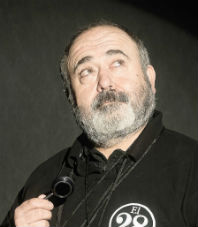 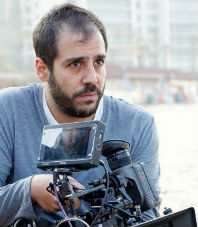 Ronald Koetzier is a director/dop with an extremely refined visual style and technique. Shooting amazing and spectacular food projects all over the world.

He is completely independent proffessional based in Europe but travels to every country. Not exclusive anywhere to any company.  He is very flexible and works on small creative jobs for local production companies and Agency’s to big worldwide campaigns.

Many years of experience results in the fact that he is one of the experts of High Speed Motion Control in advertisement production. In his projects, he becomes the engineer of the picture by concentrating on each necessary element of it – the light, colour and effects – everything needed to achieve a perfect and mouth-watering final picture. In addition, in his projects, he uses his international long-standing experience from his work with top stylists as well as mock-up and special effects specialists. Ronald is a versatile director/dop and one of few who are willing to take up difficult projects – liquids, chocolate, fruits – the name of this director guarantees that the picture will be ideal and unique. He performs his “tricks” for big and small local company’s all over the world.

He is working with EL28STUDIO in several productions: Danone, Nestlé…

For over 25 years, Avi Karpick has worked worldwide as a cinematographer and director on hundreds of large-scale and award winning advertising campaigns.

After many years of shooting live action, he chose to specialize in food and liquids tabletop, working with top food stylists, mock-up and SFX teams in over 20 countries. With a firm belief that ‘no task is impossible’, he has become a highly sought-after director and DP, specializing in the widest range of tabletop products, such as chocolate, fruit, meat, dairy, baked goods, beer, soda and other liquids. He has been called upon to work on productions around the globe for top brands such as McDonald’s, The Coca-Cola Company, Heineken, Volkswagen, IKEA, Nestlé, Domino’s Pizza and many others.

Avi Karpick offers vast experience in both live action and tabletop. He is an expert in food styling, combining live action, tabletop and CGI, and has an unparalleled knowledge of cameras, motion control systems, shooting underwater and at high-speed. He works with a wide variety of cameras, including Phantom-Flex, Alexa, Epic and Phantom 4K. He also specializes in working with macro lenses and DNA borescope, creating unique and magnificent extreme close-up shots. His distinctive approach has resulted in eye-provoking, engaging, and memorable commercials as he combines a real passion for food with a great talent for designing arresting frames and ‘food action’.

He has been working in Spain with El28studio for several years.

Award winning director David Wynn-Jones is an extraordinary film maker. Having worked through all the technical grades, culminating in lighting cameraman, David has been directing for nearly 20 years.

He has combined his experience in camera and special effects to become Europe’s leading director of food, liquids, beauty and special effects commercials. David’s approach to all commercials, whatever the product, is one of outstanding professionalism, speed and efficiency. Always aware of the clients’ requirements, David is able to bring his wonderful ‘eye’ and artistic talent to everything he shoots.

EL28Studio are delighted to add the table-top master to its growing roster to ‘re-expose’ his perfection to its robust extensive global audience. EL28Studio highlight the fact David has established a world class team of experts to support his specialist work and this includes special effects model makers and rig designers, motion control experts, time-lapse skills and new technologies. Utilising this expertise, David is able to assist the client at every stage of the project, from initial creative concept, quoting, testing and pre-visualisation through to the actual shooting and post production.

Pablo Vallejo is a Director and Cinematographer known for being passionate about his job, with a singular style in his approach and that has worked in almost every part of the world for 25 years.

One of the pioneers in high speed cameras and high speed motion control systems such as the Bolt or the Spin.

«I´ve always loved challenges. This is what has pushed me to invest in very sophisticated equipment to be able to provide something different in every take and go the extra mile to exceed the customer expectations.»

Pablo is an independent professional based in Madrid, financially independent and able to work all over the world for local production companies or agencies. He is a partner of El28studio and for that reason he can also provide Studio, Phantom Cameras, BOLT, Lighting and FX
solutions.

Harlem, Rafael Reparaz, was born in Madrid in 1982. After studying Philosophy, he started Cinematography at ECAM Madrid when he starts professionally his personal filming vocation.

Once he got selected by the Camerimage (2007) for his final thesis short film, he began working in the music videos industry to finally jump to the advertising world along with many spanish production companies and with a lot of young wel known filmmakers.

From 2016, he reveals his new side with some fiction feature films as “Ira” (Jota Aronak), “Maus” (Yayo Herrero) and many others this year.

He is becoming a Table Top Director nowadays and we trust in his huge talent to grow in this area.